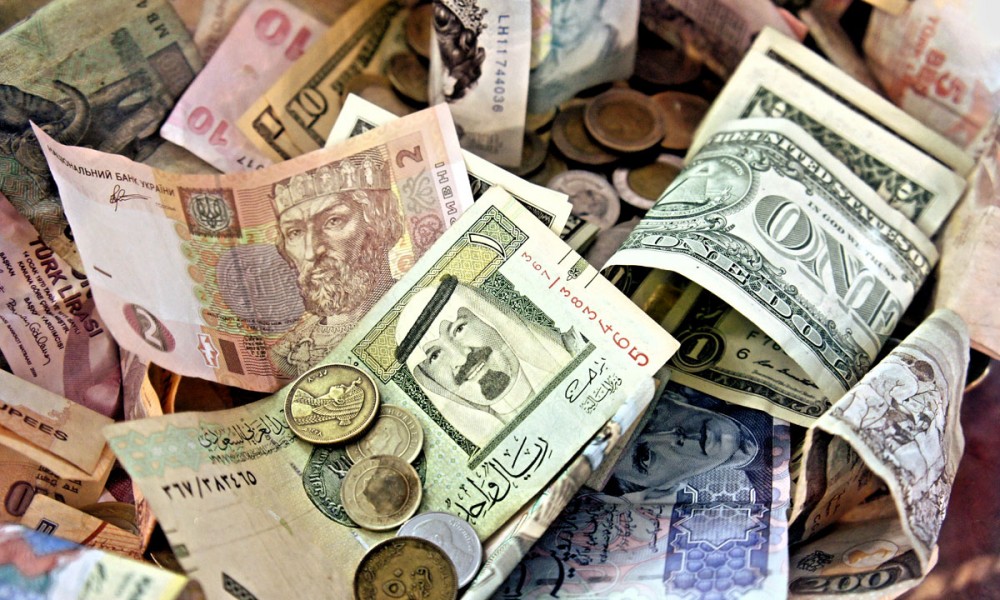 Asia is the biggest continent among the seven, and it shares the most diversity regarding cultural and economic variables prevailing in each country. Unlike Europe or other parts of the world, Asian countries do not share a single currency like Euros, but each country has its currency having varying values by their economies, the higher the economy, the higher its value will be. Asia has major giants of the world’s economy and is the world’s top producers of oil and other natural resources, therefore, they have economy stronger than any.

Saudi Riyal stands 10th in the list of top ten currencies of Asia. Since the creation of the country, Riyal has remained the only monetary unit of the country. Though the value keeps on fluctuating the worth of 1 Saudi Riyal equal to 0.26 dollars currently. The word Riyal was originally inspired by the English word “real.” This currency has been the real deal to keep up the good economy of the country.

The United Arab Emirates is another country which is rich in its natural resources of il and hydrocarbons. Therefore, it is being ranked 9th in the list of top ten currencies of Asia according to value. According to the recent figures, one Dirham of UAE is equaled to 0.27 US dollars. Initially, the Qatar and Dubai Riyal were used as the unit of currency in the state but on 19th May 1973, Dirham was introduced as an entirely new unit of currency in the state.

Qatar is famous for its highest rate of currencies in the entire middle east. It is placed 8th on the list. From it establishment till 1966, Qatar had the Indian Rupee system of currency was also known as the Gulf Rupee. However When the Indian currency was devalued in 1966, many countries including Qatar went for a newer currency unit for the country. Qatari riyal was the evolved. Currently one Qatari Riyal worth about 0.274 US dollars.

Singapore is one the finest and most beautiful state in Asia. It can be placed both at the 6th or the 7th position keeping in mind its varying value of currency. Currency Interchangeability Agreement came into force when the Singapore Dollar had to be accepted as the customary tender in Brunei. Therefore, the currency of both Singapore and Brunei has more or less same values. The existing value of Singapore dollar is 0.74 dollars.

Brunei holds the 6th position in the list as described earlier. Singapore and Brunei are the two important trading countries. Therefore, their values of currency are mutually affected by each other’s economic conditions. With a little difference, the Brunei Dollar now worth exactly to about 0.75 US dollars. It is the reason it has surpassed the Singapore Dollar in the list. And became the part of most expensive currencies in a whole of Asia.

It’s hard to believe has the country like Azerbaijan would also be the part of this list but it too good to be true that the currency of a country, Manat, is 25% more valuable than the USD. It is ranked at fifth position in the list of top ten currencies of Asia with respect to value. It means that one manat of Azerbaijan is equal to 1.28 dollars. Though its small country but it holds a strong local economy and the rate of unemployment is quiet low in the country.

Jordanian Dinar has been maintaining its value and position for like last ten years. It has now achieved the fourth place in the list. For the last few years, it was one of the top ranking currency in the world. Currently, the state is facing crucial economic problems and also lacks in the natural resources but despite the fact the Jordanian Dinar still costs 1.41 US dollars.

Next in line comes the currency of Oman, which is placed 3rd in the list of top ten currencies according to value. It is not only Asia where it is considered the most valuable but all over the world. Omani Rial first came into existence in 1973 when it has replaced the old Saudi Riyal. The strategic position of the country plays a major role in maintaining the higher economic condition of the state. One Omani rial now cost you 2.60 US dollars.

Bahrain managed to take the second spot in the list as the cost of Bahraini Dinar has now reached to 2.65 US dollars. It is the 2nd most powerful currency in the Asia according to value. It was first introduced in the country in the year 1965 and ever since then the currency value has managed to increase gradually on the index. And as of now it has become the most valuable currency in the world.

Kuwaiti Dinar is the most valued currency in the world. It is not Asia’s most expensive currency but also stands 1st on the global scale. It is because Kuwait happens to cover such a small area of land compared to the reserves it has and the amount of natural resources it produces. One Kuwaiti dinar is approximately equal to 3.46 dollars. The country has printed the six series of currencies and the latest one just announced in last year.