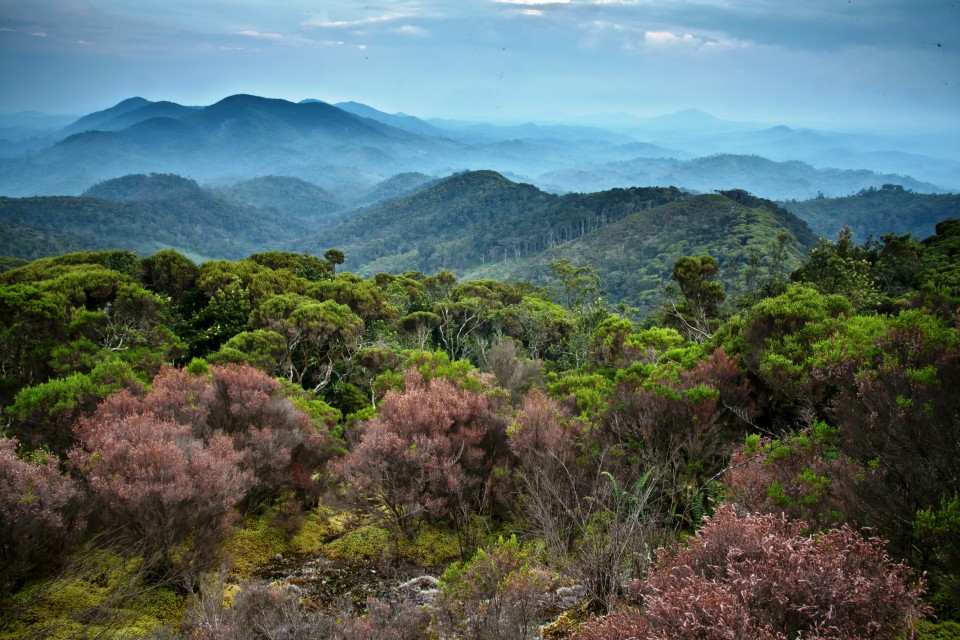 The only way to incorporate all the basic elements for life back into the ecosystem are trees forming thick forests. These forests are the valuable assets of earth’s biosphere. They help in maintaining the weather patterns, rainfalls, floods control and keep fertility of soil intact. Forests are in fact pivotal to life on this planet. It serves as a home to millions of living species and providing them shelter in a various different way. Forests play another significant role in minimizing the effects of pollution and refreshing the air with pure oxygen.

Unfortunately, though they are one of the great blessings that Mother Nature has bestowed us yet Mankind is seen exploiting and destructing a sizeable proportion of these forests. There was a time when vast stretches of land were covered forests, but now most of them have become the victim of excessive deforestation carried out by man. There are fewer countries left which still have preserved some of them while others are losing them for good at a rapid rate. In other words, existing natural forests bear great significance in this age ultra tech age and they should keep preserved for the wellbeing of our planet. We will discuss the top 10 largest natural forests in the world.

LIST OF POPULAR TOP 10 LARGEST NATURAL FORESTS IN THE WORLD

Sri Lanka is an island situated in the Indian Ocean, South of India. Owing to its geographical position, it has significant numbers of rainforests most of them are located in lowland wet zone. Sinha raja rainforest of Srilanka is the largest rainforest of the country. It covers an area of 88.64 square kilometers. The name comes from two words, “Sinha” meaning lion and “raja” meaning King, means Lion king. In 1978 was declared to be a biosphere reserve by UNESCO as it is a shelter for many species of plants, insects, birds and animals which are rarely found on the planet.

Valdivian is at ninth position in the list of list of top 10 largest natural forests. It is another rainforest located in the temperate zone of America. It is so immense in size that it starts from the southern region of America then extends through Chile and reaches to some regions of Argentina. The total area covered by this is approximated to be 248,100 square kilometers. The diversity of life forms exists in this forest, from ferns to bamboos, conifers, and variety of angiosperms. This forest also shares narrow coastal strips.  The existence of species living in is threatened by endemism. Cultivation of exotic plants into the forest is destabilizing the natural ecosystem of the forest.

Brazil is a country blessed with sheer natural beauty and variety of landscape. It is also a home to one of the largest tropical forests in the world, Emas National Park. It was previously named as Chapada Dos Veadeiros named after an ancient plateau. The forest was later turned into UNESCO World Heritage site to preserve the diverse range of flora, fauna, and wildlife. Many rare species of maned wolves, jaguar, armadillos, and anteater and pampas deer are inhabiting the forest. The park covers the area of 1320 square kilometers.

The next biggest forest is located in Costa Rica. It is located in the beautiful city of Monteverade. This forest is also popularly known as the Cloud forest of an area and attracts many tourists to this site. Many biologists and naturalists take a certain interest in studying the diverse species of animals living in the forest these in particular includes, 100 different species of mammals, and 30 species of hummingbird and above 403 species of other birds. Plants of this forest also bear great importance for the extreme diversities.

Kinabalu National park is located in Malaysia and it was the first ever national part in the history of Malaysia. It is the sixth biggest in the list of top 10 largest natural forests in the world. It was established in 1964 and in 2000 was later declared as the UNESCO world heritage site. The park covers the area of 754 square kilometers and it surrounds the Mount of Kinabalu, hence named after it. The park is blessed with more 4000 species of plants and animals. A major amount of the species living in the forest is all endemic.

Ecuador is famous for its cloud forest. The forest is so thick and dense that it always covered with fog and clouds keep hovering the canopy of the trees of the forest. It is one of the largest rainforests of the region and is home to 17% of the total plant’s species of the world. 20 percent of the total bird species also inhabits the same place. In terms of diversity in aviary, it is therefore ranked fourth on the list. The forest is now, however, being subjected to increasing deforestation, which is threatening to not only those birds but also to many species of bear, Jaguar, Howler monkeys, sloth, and puma living in it.

Australia also shows the diversity of landforms and is a ground of many forests. The largest of them all is located in the north-east of Queensland. It is the oldest rainforest in the country which has a history of 135 million years. The area covered by the forest is estimated to be 2600 square kilometers. It is at 4th number in the list of top 10 largest natural forests in the world. The forest is named after the great Australian geologist and photographer called Richard Daintree. In 1988 it was also declared as the World Heritage site. It has been providing home many rare species of animals like Bennett’s tree kangaroos and Southern Cassowary. Other than these there are exotic species of Australian reptiles and frogs.

You must have heard about this forest, many times before. Or even witnessed seeing it in some Hollywood movies. Congo is the largest forest located near the longest river was known, Congo River.  It is placed at 3rd number in the list of top 10 largest natural forests. This forest is covering the 70% of the entire area of Africa. But it has recently started shrinking because of the deforestation being carried out. Many of the species living in the forest are now endangered because of the excessive hunting and poaching by the natives and foreigners. Rare species of pygmy chimpanzee are only found in this forest.

Taiga is 2nd in the list of top 10 largest natural forests in the world. Taiga is the largest known coniferous forest located throughout the Northern latitudes. It is also known as the Boreal Forests. 35% of the total trees in the world are present in the taiga forest. Think about the possible diversity of flora and fauna inhabiting the land. As the forest is located under the tundra biome hence it receives sunlight for a month only, a seed takes 50years to grow into the sapling. Still, the forest has increased in such a size that it covers the 29% of the total forest area of the world.

The great Amazon is the king of all the forests in the world, it is the largest ever rainforest. Even if we combine all the rainforests in the world it would still not parallel the size of the Amazon. The forest is covering the area of eight different countries which amounts to the total of 5.5 million square kilometers. Columbia, Ecuador, Venezuela, Brazil, Bolivia, Guyana, Peru and Surinam are the countries sharing the stretches of amazon. Amazon alone is responsible for producing the 80% oxygen of the world. Within the forest there flows the one of the largest rivers of the world, Amazon River.