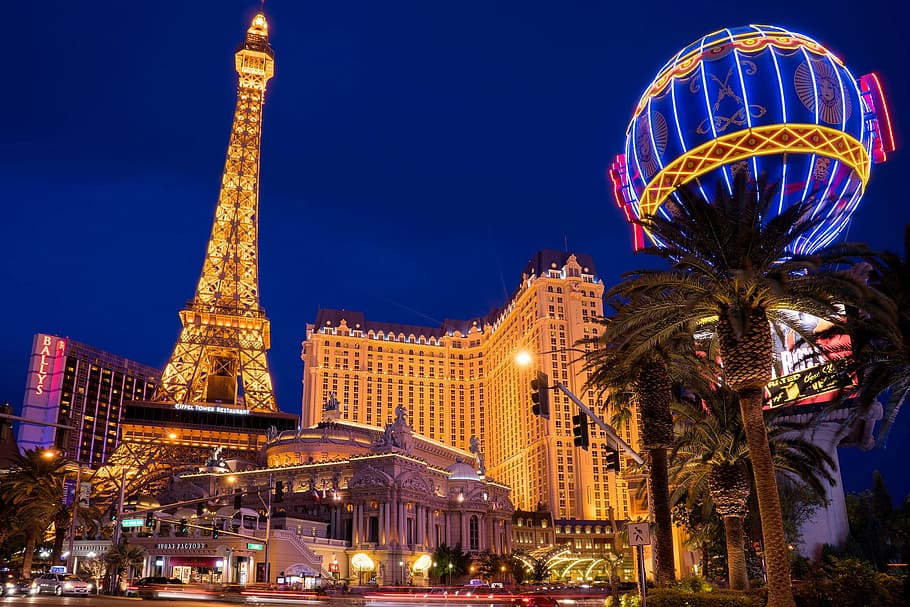 The United States of America is the land of enchanting beauty. Filled with eye captivating landscapes, this land attracts millions of tourists to its various vacation spots each year. The entire country consists of a sum of fifty-two states, which have diversified land-forms, from islands to forests and the big urban states there are tons of places that are worth visiting with breathtaking views.

Besides naturally bestowed beauty American nation has also established some structures and places for tourism and recreational purposes. Out of hundreds of such cities and venues we have selected the top ten best and most beautiful places that found in the US.

The house of mouse also called the “Disney Land” is situated near Orlando in Florida. This place looks like a magical fairy-tale coming true. The big fancy castle surrounded by some Disney sculptures and art studios attract thousands of tourists. It is the most visited resort in the world since 1971. Now it is tenth most visited place in America. According to the figures, approximately 52 million people visit this resort each year.

This beautiful city is located on the coasts of Pacific Ocean and located in the state of California. It is famous for its amazing beaches. It is the ninth most famous & best American place to visit. Other than that there are several recreational places built for tourism like San Diego Zoo, SeaWorld San Diego, Balboa national park, etc. San Diego receives about 32 million visitors annually. Bays of San Diego are also famous for sight-seeing of Grey whales and sports fishing.

New York is the fourth most populous city in America. Major attractions of this city are New York times square, Status of Liberty, Empire State Building, Rockefeller Center and Brooklyn Bridge among many other. The whole year, round the clock this city remains the hub of tourism in the whole Manhattan state. This city is also a global trade center of the country.

It is situated in the state of Hawaii; the beach front is marked by the Diamond Head where there are some skylines and resorts for the tourists. Due to its warm climate and sunny weather, the beach is perfect to spend the vacation. This beach is ideal for surfing. Therefore, some surfers hit the shores of Honolulu throughout the year.

Washington, District of Columbia is not only the Capital of America but also a great attraction for tourists. It is considered as sixth most famous American place to visit. This city represents the heights of sophistication by its Architecture. Lincoln Memorial in Washington alone receives about six million visitors annually. Whereas the White House is the second most famous architecture in the whole US.

Yosemite national park is located on the western slopes of Sierra Nevada and is being administered by National Park service. It is the fifth most popular American place to visit. About 3.8 million tourists visit this place annually. Yosemite Valley gives a beautiful tunnel view between those mountains. Moreover, there diversified fauna and flora that won the hearts of everyone visiting it.

San Francisco is the fourth most beautiful and famous American place to travel. The name “Golden Gate Bridge” flashes in your mind whenever you hear about San Francisco. This bridge is one of the major attractions of the city. Whereas it is the financial and cultural epicenter of Northern California. Most of the city’s economy rely on tourism. It is the fifth most visited city in the USA due to its rich cultural history and depiction of varied forms of art.

Grand Canyon is the 3rd most popular and best America place to visit. As the name indicates, the great Grand Canyon is the part of a canyon which is being carved by the River of Colorado. It is located within the state of Arizona. For years, this place was only inhabited by the natives living in the caves, but with the number if explorations this place also became the center of tourism. Grand Canyon national park receives about five millions of visitors each year.

Yellowstone is regarded as 2nd most beautiful America place to visit. It is the land of hot geysers and famous for its high altitude Yellowstone Lake. The construction of Yellowstone Park increased the percentage of tourism up to many folds. This park covers the beautiful rivers, breathtaking canyon, and green mountain ranges. There is also an active volcano which has erupted thousands of years ago and now most of the land area is covered with its deposited lava remains.

MAUI is considered as the most popular and best places t visit in America. It is the part of the series of HAWAI islands. It is considered as the second largest Hawaiian Island. The climate remains warm, humid and moderate through the year. The average rainfall rate is mainly high. Tourists hit this amazing spot each year for surfing, snorkeling, skateboarding and excessive kite flying. This island has also won the award of “Best Island In the world” as it won the hearts of millions of international and domestic visitors.