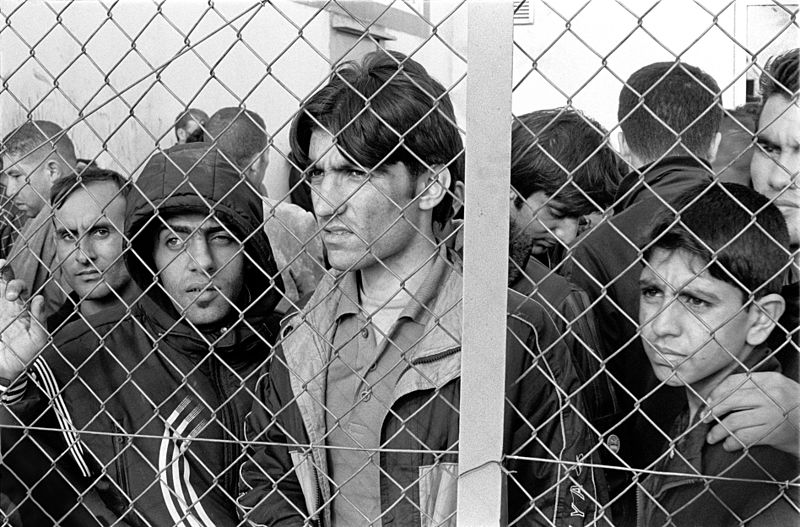 The number of international migrants has increased since 1990 as a large number of people are leaving their homelands either due to natural calamities or either due to political unrest and genocides or terrorism going on in their respective hearths. There are almost 230 million migrants at present in the world. About half of migrants in the world like to reside in top ten countries, and their first choice is the United States of America due to good economic and employment prospects. So people, in general, seek to pursue good life amenities, better education facilities and new job searching and for the better family raising.

Here is the list of top ten countries that most of the migrants prefer to live in:

Topping the list as many others the US also contains in it the highest number of immigrants in the world. It has the total of 45.7% of immigrants.The major reason is that US immigration policy is not only neutral but also very friendly and cooperative. Due to having one of the highest per capita income it attracts most of the immigrants to grasp job opportunities. Us also offers good infrastructure, stable markets along with good quality education that is the reason it becomes the first choice of immigrants to live in the US.

According to the estimates of 2010 more than 12 million immigrants lived in Russia. In 2011, the immigration rate was extremely low, so the government of Russia increased the immigration opportunities and relaxed the prohibitions to some extent but this wasn’t able to attract many immigrants. Still Russia has 11 million of immigrants. The Russian government has also banned certain ethnic Chinese, Tajik and Uzbek and some other groups and only try to promote Russian integration by allowing neutral people who have less ethnic leanings.

Germany, also one of the world’s prosperous economies is also home to a large number of immigrants. It’s high-class infrastructure and top class life amenities add ti its attraction. It at present contains 9.8 million immigrants.2011 was the year with most immigrations in Germany. Due to Eurozone crisis a large number of unemployed also migrated to Germany in 2012.Germany mostly allows very skilled workers to work and reside here permanently as its young population is lesser than the elders it needs more skilled young migrants to settle in here.

There are about 7.8 million immigrants in the UAE. Mostly the migrants are from Asian countries attracted to the country’s economic prosperity .However, the Kfala UAE visa is given to the workers to come and worker but it make them bound to the country and their masters and are subject to much exploitation and abuse.They are forcibly made to work extra, and wages are low.The so immigrant situation in UAE is not much impressive.

The UK presently have 7.8 million immigrants.It has a sixth largest economy in the world and has high amenities of life. The level of immigrants in the country is increasing every year that has led the government to rethink and to make anti-immigration policies in future. The immigration according to a government of Britain is posting the serious strain on country’s finance.

With the population of 65 million France is also home to a large number of immigrants. It has been the prime choice of the immigrants from the 20th century due to its high quality and standard of living. The country takes into it 200,000 legal migrants per year.France also has given a large number of asylums to different people.However, its immigration policy is very strict and has also gathered criticism for not allowing Romanian people to enter France.

Canada is the second huge country in the world having the population of about 35 million people. One fifth of Canad’s total population is immigrants.Canada’s immigration policy is very liberal which allows people mostly for family unification. But now new residents have been reported to be less integrated into the society, so the present government is focusing on the immigrants preferring those with good language and communication skills and job efficiency.

Australia caters about 23.4 million of immigrants.Due to the recent economic downturn the country faced a great recession. To attract more investors, it opened up it’s immigration process that was also the great opportunity for other people. Australia highly welcomes very skilled workers and highly capable people.

With the population of 46.7 million people.This country has attracted a large number of immigrants in recent years.Its geographical condition and easily vulnerable borders have made many African migrants enter the country illegally.and its links with Latin America allow Hispanic people to find their destination in Spain.