What is a monsoon? This word comes from the Arabic word “mausim” (or Mausam) that means “season” and commonly refers to the reversing of winds in the ocean located between the Arabian Sea and India that changes the precipitation pattern of the zone.

Broadly speaking, monsoons are significant variations in the direction of the strongest winds of a region, during a season. Thus, they are responsible for seasonal changes and torrential rains in areas with hot and humid climates, like South and Southeast Asia, but they can also happen in other parts of the world like Australia, West Africa, and even America.

A broader definition describes a thermal effect caused by heat differences between large landmasses and seas. In the tropics, monsoons bring moisture and the seasons become dryer, but as there are various monsoon systems on the planet, the seasons they cause vary. For example, in northern Australia, monsoon season extends from December to March, while in parts of India and Southeast Asia, summer monsoons and winter monsoons significantly influence the climate in the region.

Monsoons are the result of temperature differences between land and sea because the heat from solar radiation.

Monsoons are the result of temperature differences between land and sea because the heat from solar radiation. It happens because the land and the ocean waters absorb heat differently. During the hot season, the surface of the land warms faster than water, a difference that causes a low-pressure area over land and higher pressure at sea.

In all cases, winds blow from the sea toward warm areas, which get loaded with moisture, and this, is what causes abundant and frequent rains because this moist air rises and returns to the sea but while being on the Earth’s surface it cools and reduces its capacity to retain water. 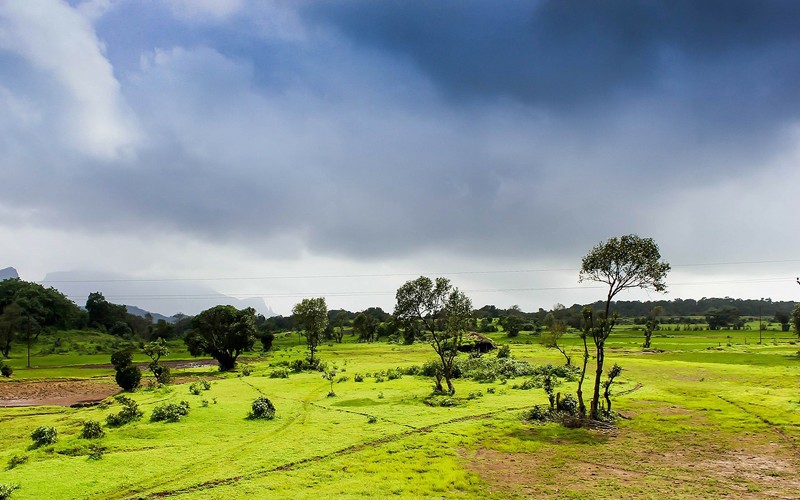 We can identify three mechanisms that cause monsoons:

1. Heat and the cooling differential between land and water.

3. Heat exchange, or energy exchange that occurs as water changes from liquid to gas or gas to liquid.

Asian monsoons are the most popular. In the south, monsoon season runs from April to September. Note that in this particular part of the planet, solar radiation hits vertically during the summer so hot air rises and creates an area of low pressure over Central Asia. Meanwhile, the water in the Indian Ocean is relatively cold, creating a high-pressure area.

Such temperature difference causes the air from the ocean to move toward South and Southeast Asia because the wind moves from an area of high pressure toward an area of low pressure. Then during autumn, water and land begin to cool, but the latter loses heat faster than the ocean, so during winter, the Indian Ocean becomes a low-pressure area.

In Australia, the monsoon season arrives when the wind gets loaded with moisture from the Indian Ocean, moving toward the north of the country. Additionally, America is hit once a year by the summer monsoon. It happens the same time that the Asian monsoon, but in a different region: the temperature difference occurs between the land and the Pacific Ocean and it usually affects parts of Mexico along the Sierra Madre Occidental, New Mexico, Arizona, Nevada, Utah, Colorado, California, and western Texas.

Torrential rains can have adverse effects such as flooding and landslides.

The straight effect of the monsoons is the abundance and intensity of precipitation. Torrential rains can have adverse effects such as flooding and landslides that often cause destruction in urban and rural areas, and sometimes death of people in that region.

See also  List of Cities That Will Be Underwater

However, rains have a positive side as well, as some economic activities depend on monsoon season in South and Southeast Asia. For example, many farmers rely on monsoon rains for growing rice, tea, and other important produces, and aquifers replenish guaranteeing fresh water supplies for all living beings in the area, including humans.