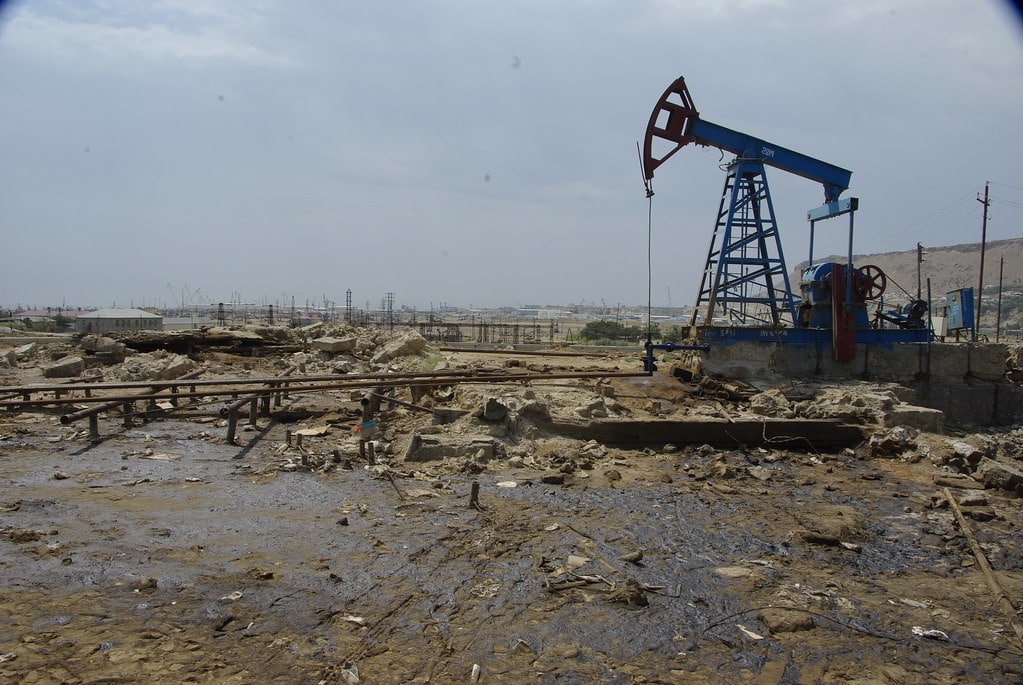 Oil is supposed to be one of the most valuable natural resources of any country. Despite being the most valuable commodity oil is also seen as the guarantee of country’s fortune. Now due to the immense increase in technology the extraction techniques have improved. It is expected that in near future the old wells will go dry in seeing the present oil consumption and the new oil-rich places will be explored to meet the world’s oil needs.With the total of 90 million per barrels per day of total production, the top ten producers handle over 60% of oil flow. Following are the leading producers in the world:

The US seconds the top ten list by the production 10.59 million barrels per day. It is world 2nd largest producer and produces 12% of the total production.Due to high technology and speedy extraction US is the biggest non-conventional energy producer. It produces a large amount of tar sand and shale oil. US’s consumption is much larger than its consumption so due to that it is obliged to ship oil from Mexico, Canada and other roots.

Russia stands third on the list and is the world third largest producer of oils. Russia with the total 10.3 million barrels production per day. It comprises 1/6th of earth’s total mass. But Russia has not still fully tapped and explored all its reserves especially in eastern Siberia and if the oil under Arctic oil is included then it will reach up to 100 billion barrels.

China is ranking at fourth level by producing huge amount of oils. China has recently increased its production from last 50 years and currently sits at 4.7 of total output. But due to china’s huge and largest population its consumption is far greater than its production. China’s reserves are modest. But china’s production is most likely to increase due to hydraulic fracturing and other techniques. Penglai 19-3 oilfield, which experienced a severe oil leak in 2011, has been given official permission to resume operations.

Coming at the fifth place Iran process 4.5% of daily output. Much of iron’s oil is much conventional, so not much technology is required for its extraction.Due to being a part of OPEC organization of petroleum exporting countries Iran also influences the oils prices to some extent.Iran’s reserves are enough for further 90 years of production at current rates ensuring wealth future generations.

Canada is ranked at sixth level having largest oil’s reserves. The country known for its maple leaf and moose is also rich in oil. Despite a small proportion of a population, it produces 4% of the total oil produced. It’s most of the reserves are in the form of tar sand which is difficult to be separated and is comparatively expensive.But the Canada’s production may increase in future as the Arctic ice retreats.

United Arab Emirates is placed at seventh position due to its high oil’s reserves. UAE is the federation of seven emirates; it is considered as the richest and oil-rich part of the Persian Gulf. It produces 3.23 million barrels per day. However, majority reserves are found in Abu Dhabi of about 92 billion barrels. Abu Dhabi has been quite generous to other cities providing them with oil when needed, and it is expected that UAE will be getting billions of dollars per week in oiling revenues in future.

Though not an energy powerhouse it is 8th largest oil’s producer in the world with 3% of daily production. Most of Mexican oil is exported to the US for use in its gas tanks, and 10% of total revenue is earned by Mexico’s oils export. But the alarming thing is that Mexico’s reserves have been lowered down, and its position is likely to slip down on this list.

Brazil is ranked at 9th position in the list of top ten countries with largest oils reserves. In 2006, Petrobras had declared the largest oil discovery in the Lula field. Brazil produces 3.15% of world’s daily oil and Lula field contributing a little. But recently Jupiter oil field was also discovered having the reserves of almost 12.86 billion barrels. With this discovery rate, the oil reserves are most likely to increase in near future.

Kuwait is ranked at a tenth position in the top ten list. Kuwait’s oil’s fields are currently producing 3% of world’s oil. Kuwait has 104 billion barrels reserves although more may be explored with better technology. The Kuwait’s oil is expected to last for 100 years providing a stable source of wealth for the certain time.