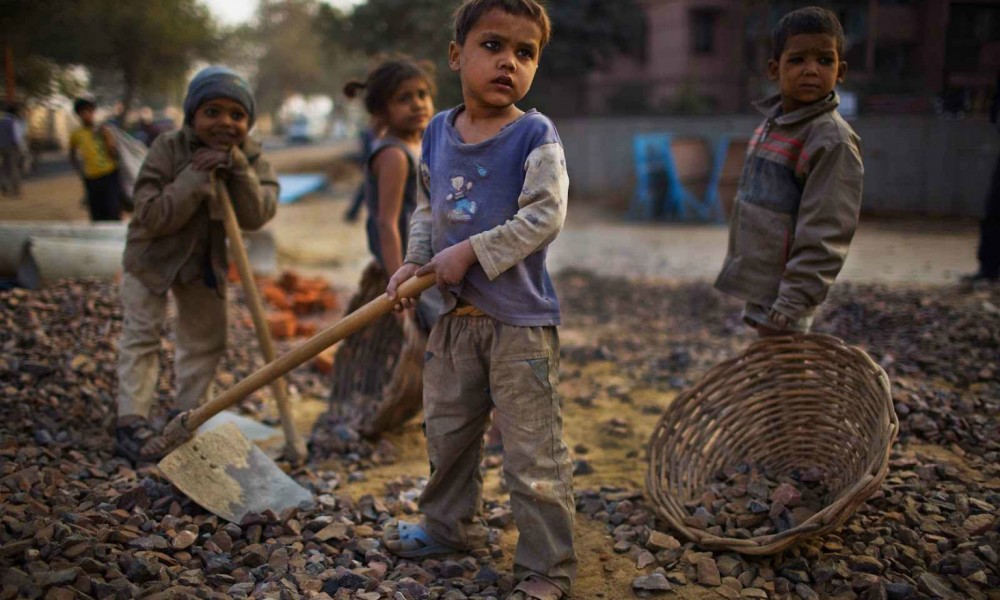 Young cultivating minds are created to be nourished and to be inculcated with fine knowledge and skills. Children are that gift of nature which brings most of the bliss and peace to this world. They are needed to be taken care of rather than being burdened with physical hardships, but unfortunately, this doesn’t hold to be true in many parts of the world where little children are used as a work tool and are stressed to work and earn for their family rather than studying in some educational institute.

This sight is most usual to be seen in underdeveloped regions of the world where people can’t even afford to feed their young ones and ultimately they are forced to work for extremely low wages. Today we will discuss the top ten worst child labor countries having the largest amount of kids and children who are doing labor.

Mentioned here are the top ten countries which have shown the highest rate of child labor in the world. Though the child labor is prohibited by law in most of the countries, but there are others which have turned their eyes around from this bitter reality that their children’s talent and childhood is being wasted while earning at the young age. This curse may support their families in the short run but hurdles the progress of the nation in view to the bigger picture.

The employment Act 2007 of Kenya clearly defines that anyone under the age of 18 years is considered as a child and any child less than the age of 13 is not allowed to work under any form of undertaking yet Kenya is the 10th highest country in the list where the average percentage of child labor is estimated to be 39.15 % targeting the children of age 10 to 14 in particular. Children are seen working in the fields, in factories, mines, and workshops. They are deprived of education and other basic rights.

In Nepal, the graph has rapidly seen a fall in the percentage of child labor yet about 42.28% of the children are indulged in low paid jobs. The government of Nepal has taken many initiatives in eliminating the worst forms of child labor from the country and made efforts as recent as in 2015 to cease the figure up to the minimum.

Ethiopia is another African state mentioned in the list which has the comparatively higher rate of child labor. The reasons get quite clear when we have a glance have over the economic condition of the country. According to the recent figures, Ethiopia has the child labor rate as high as 42.45 % which is currently the 7th highest in the world.

Burkina is a landlocked African state located in West with the population of 16.93 million. The ratio of working children between the ages of 10 to 14 is about 43.45% which is sixth highest in the world this justifies the lack of implementation of human rights laws and ineffective legislation which is failed to protect young children from some worst forms of labor which are existing in the country.

This African state is fifth in the list with the percentage of 43.62. Niger has a weak economy which is unable to meet the needs of the nation and people are forced to work from very early ages. Poverty is the major root cause which needs to be eradicated to help spread education among children and decrease the prevailing rate of child labor.

Uganda is one of the most Worst Child Labor Countries. In accordance with the convention, no 138 Uganda’s law clearly states that children below the age of 18 must not be subjected to any form of defined labor. In Uganda, 2 million children between the ages of five to seventeen are involved in variant forms of child labor. Uganda Bureau of Statistics also reveals such saddening statistics.

Children of Burundi are up against the curse of child labor which often leads to child abuse in extreme cases. The percentage of the children working in the country during the early ages of lives is estimated to be 48.50% of the total population. The post-war era in the country has brought threatening situation for the children in particular.

In Bhutan there are many challenges to eradicating child labor, therefore, the country still maintains the position in the list with the percentage of 51.10%, affecting the children of ages between 10 -16. Child labor in Bhutan is evident in many different forms which mainly includes the domestic child labor. Now many non-governmental organizations and government have joined hands to eliminate the problem from the root and took many initiatives to help their children to secure a bright future.

Many of the human rights activists are now actively working in Mali to help their children to get rid of the physical hardship they face through child labor. It is one the top of the most Worst Child Labor Countries. Currently, it has the highest percentage of children force to do labor, amounting to 51.15% of the total population of the country. Young children were also even seen working in deep ditches and gold mines which is entirely inhumane and caused many young deaths under the mines.